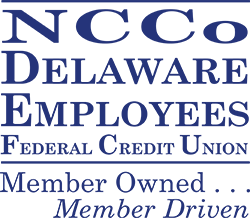 What is a credit union?

A credit union is a cooperative, not-for-profit financial institution organized to promote thrift and provide credit to members. It is member-owned and controlled through a board of directors elected by the membership. The board serves on a volunteer basis and may hire a management team to run the credit union. The board also establishes and revises policy, sets dividend and loan rates, and directs certain operations. The result: members are provided with a safe, convenient place to save and borrow at reasonable rates at an institution which exists to benefit them, not to make a profit.

Who owns a credit union?

Most financial institutions are owned by stockholders, who own a part of the institution and intend on making money from their investment. A credit union doesn’t operate in that manner. Rather, each credit union member owns one “share” of the organization. The user of credit union services is also an owner, and is even entitled to vote on important issues, such as the election of member representatives to serve on the board of directors.

How did credit unions start?

The first credit union cooperatives started in Germany over a century ago. Today, credit unions are found everywhere in the world. The credit union movement started in this country in Manchester, New Hampshire. There, the St. Mary’s Cooperative Credit Association, a church-affiliated credit union, opened its doors in 1909. Today, one in every three Americans is a credit union member.

What is the purpose of a credit union?

The primary purpose in furthering their goal of service is to encourage members to save money. Another purpose is to offer loans to members. In fact, credit unions have traditionally made loans to people of ordinary means. Credit unions can charge lower rates for loans (as well as pay higher dividends on savings) because they are nonprofit cooperatives. Rather than paying profits to stockholders, credit unions return earnings to members in the form of dividends or improved services.

Yes. All savings accounts are insured up to $250,000 by the NCUA, the National Credit Union Administration, an agency of the federal government.

Who can join a credit union?

Boats, RVs and Motorcycles..Oh My!

It's time to Cure your Cabin Fever…. Wherever you want to go - on the water, in the woods or...
Read More

All Signs Lead to Us

Whether you're looking to buy a new or used vehicle, or refinance your current auto loan, we've slashed our rates...
Read More

Our current rate for our VISA® is 12.00% APR* with the same rate for purchases and cash advances. Also there...
Read More
Holiday Hours

The office will be closed Monday, February 6th in observance of Lincoln’s Birthday and

Check out the News and Updates page for more information!